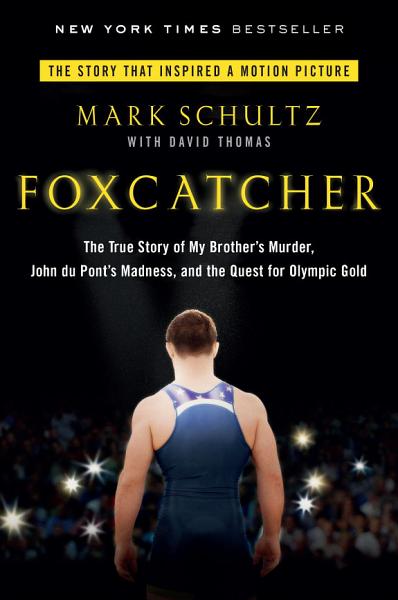 The riveting true story of Olympic wrestling gold medal-winning brothers Mark Schultz and Dave Schultz and their fatal relationship with the eccentric John du Pont, heir to the du Pont dynasty On January 26, 1996, Dave Schultz, Olympic gold medal winner and wrestling golden boy, was shot three times by du Pont family heir John E. du Pont at the famed Foxcatcher Farms estate in Pennsylvania. Following the murder there was a tense standoff when du Pont barricaded himself in his home for two days before he was finally captured. Foxcatcher is gold medal winner Mark Schultz’s memoir, revealing what made him and his brother champion and what brought them to Foxcatcher Farms. It’s a vivid portrait of the complex relationship he and his brother had with du Pont, a man whose catastrophic break from reality led to tragedy. No one knows the inside story of what went on behind the scenes at Foxcatcher Farms—and inside John du Pont’s head—better than Mark Schultz. The incredible true story of these championship-winning brothers and the wealthiest convicted murderer of all time will be making headlines this fall, and Mark’s memoir will reveal the true inside story.

Authors: Tim Huddleston
Categories: True Crime
Type: BOOK - Published: 2013-02-27 - Publisher: Createspace Independent Publishing Platform
John Eleuthère du Pont was a multimillionaire. Part of one of the most prominent and richest families in America: The du Pont Family. Then, strangely, he started losing his mind. This is what is known: du Pont was a fan of amateur sports and established a wrestling facility at his