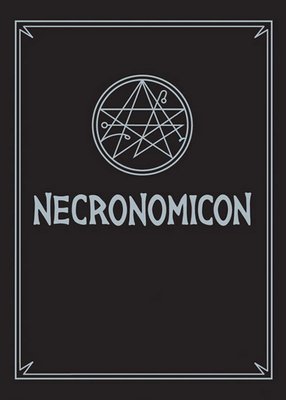 In the past 31 years, there has been a lot of ink - actual and virtual - spilled on the subject of the Necronomicon. Some have derided it as a clumsy hoax - others have praised it as a powerful grimoire. As the decades have passed, more information has come to light both on the book's origins and discovery, and on the information contained within its pages. The Necronomicon has been found to contain formulae for spiritual trans-formation, consistent with some of the most ancient mystical processes in the world, processes that were not public knowledge when the book was first published, processes that involve communion with the stars. In spite of all the controversy, the first edition sold out before it was published. And it has never been out of print since then. This year, the original designer of the 1977 edition and the original editor have joined forces to present a new, deluxe hardcover edition of the most feared, most reviled, and most desired occult book on the planet.